Hi all, it’s been a while! I’ve been taking some time off this month: I’ve been hiking in Corsica (an island in the south of France) for 2 weeks! The path (called GR20) was very difficult but the gorgeous landscapes made it entirely worth it. :) 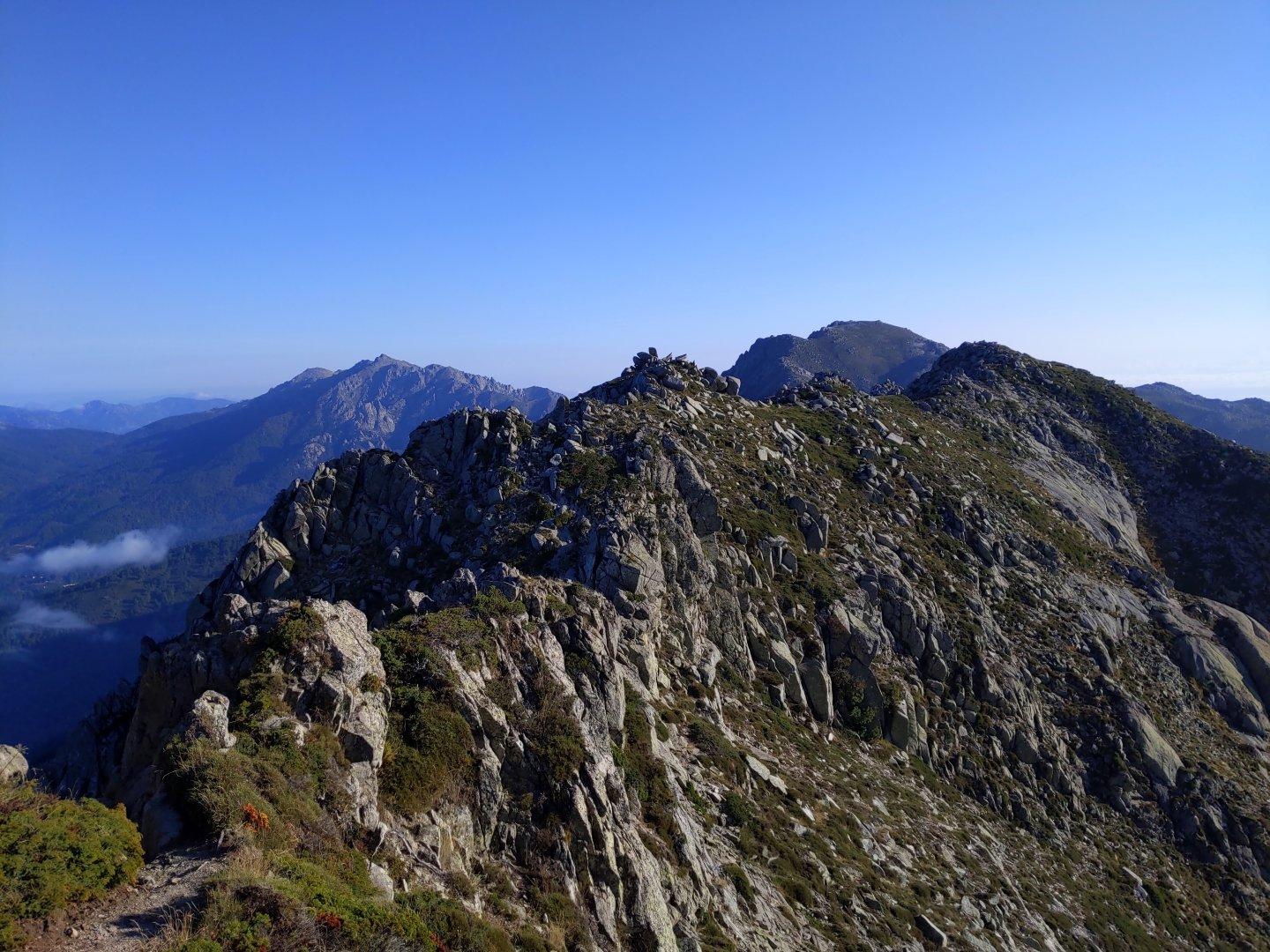 I’ve uploaded some pictures on my Pixelfed account if you’re interested (sorry about the picture quality, it seems Pixelfed compresses my uploads).

Right before flying to Corsica, the XDC2020 conference was held online. I’ve spent quite some time preparing it with James Jones from NVIDIA. Together, we’ve come up with a new proposal for buffer constraints. James Jones has been working on the problem of allocating buffers with the correct parameters to get optimal performance for a long time, working with him has been very productive!

Following the presentation, we discussed with other developers during a workshop to see if everything made sense to them and what the next steps would be. In general the proposal was well-received, and we’ve identified areas that need some work (the biggest topic is memory heaps I guess). Here’s the workshop summary:

I hope all of this work will help coming up with a solution that allows potential performance as good as EGLStreams without all of its shortcomings.

At XDC2020 I’ve also given a lightning talk about wlroots' future steps in terms of rendering API (the so-called renderer v6 effort). The presentation is pretty short and high-level, but you’ll also find some links at the end if you want to know more.

There were a lot of other interesting presentations as well: a gamescope introduction by Plagman, ACO (the new AMD compiler back-end), the upcoming Vulkan presentation timing extension, DRM modifiers for AMD, and more!

While I’m talking about conferences, let me take this opportunity to shamelessly advertise that I’ll give a talk about KMS at FOSS-north on November the 1st. KMS lacks docs, so hopefully this can help a little.

Apart from XDC, I’ve been continuing my quest for a better solution for automatic TLS. In the previous episode, I was working on tlsd. Since then I’ve got ACME to work with tlsd, but took some time to take a step back and look at the overall picture. Instead of having to patch each and every network service to support tlsd, what if we moved all of the TLS handling inside a single reverse proxy, and configure all network services to accept plain-text connections from the reverse proxy?

This solution is much simpler than tlsd, and tlstunnel is born. tlstunnel is a deamon that listens for incoming TLS connections, forwards them as plain-text connections to backends, and maintains TLS certificates via ACME (and its tls-alpn-01 challenge). The backends might still want to know about TLS connection details, thankfully a solution called the PROXY protocol already exists.

One pain point is that tlstunnel can’t obtain wildcard certificates. Let’s Encrypt requires ACME clients to support the dns-01 challenge for this purpose, which involves updating some DNS records. This is usually solved by adding support for each and every DNS provider API in the ACME client. This is a no-go for tlstunnel. I’ve started a thread on the ACME mailing list to discuss potential better solutions.

While working on tlstunnel, I contributed to other projects such as certmagic (which transparently handles all of the ACME operations) and go-proxyproto.

I’ve invested some effort into a new Vulkan extension, VK_EXT_physical_device_drm. Currently Vulkan clients can iterate over the list of GPUs available on the system (via VkPhysicalDevice) but can’t match them reliably with DRM device nodes. This is a requirement for Vulkan clients which want to interact with low-level graphics APIs such as GBM, like Wayland compositors.

I’ve been reviewing a lot of patches in various projects. wlroots has gained support for seatd, so no longer depends on logind (read: systemd) for unprivileged access to input and graphics devices. neon64 is working on GPU hotplug support for wlroots, which is pretty exciting. Aleix Pol from KDE is working on a new xdg-activation protocol which would (finally!) allow Wayland clients to securely transfer focus to another client.

While working on my IRC projects, I realized it wasn’t possible to run multiple IRC servers on the same machine and expect the ident protocol to work properly. I’ve created a simple server, ident-proxy, which forwards the incoming requests to multiple backends and returns the first successful reply (if any).

My smaller projects have received some love too: slurp 1.3 was released with a bunch of new features (special thanks to Thayne McCombs!), kanshi now supports include directives, and drmdb now displays upstream docs for KMS properties.

That’s all for these last two months! See you!