Hi all! This month’s status update will be quite shorter than usual, because I’ve been taking two weeks off. I’ve been in Strasbourg (a city in the east of France) for New Year’s Eve. We’ve cooked a bunch of local food, including a Kougelhopf: 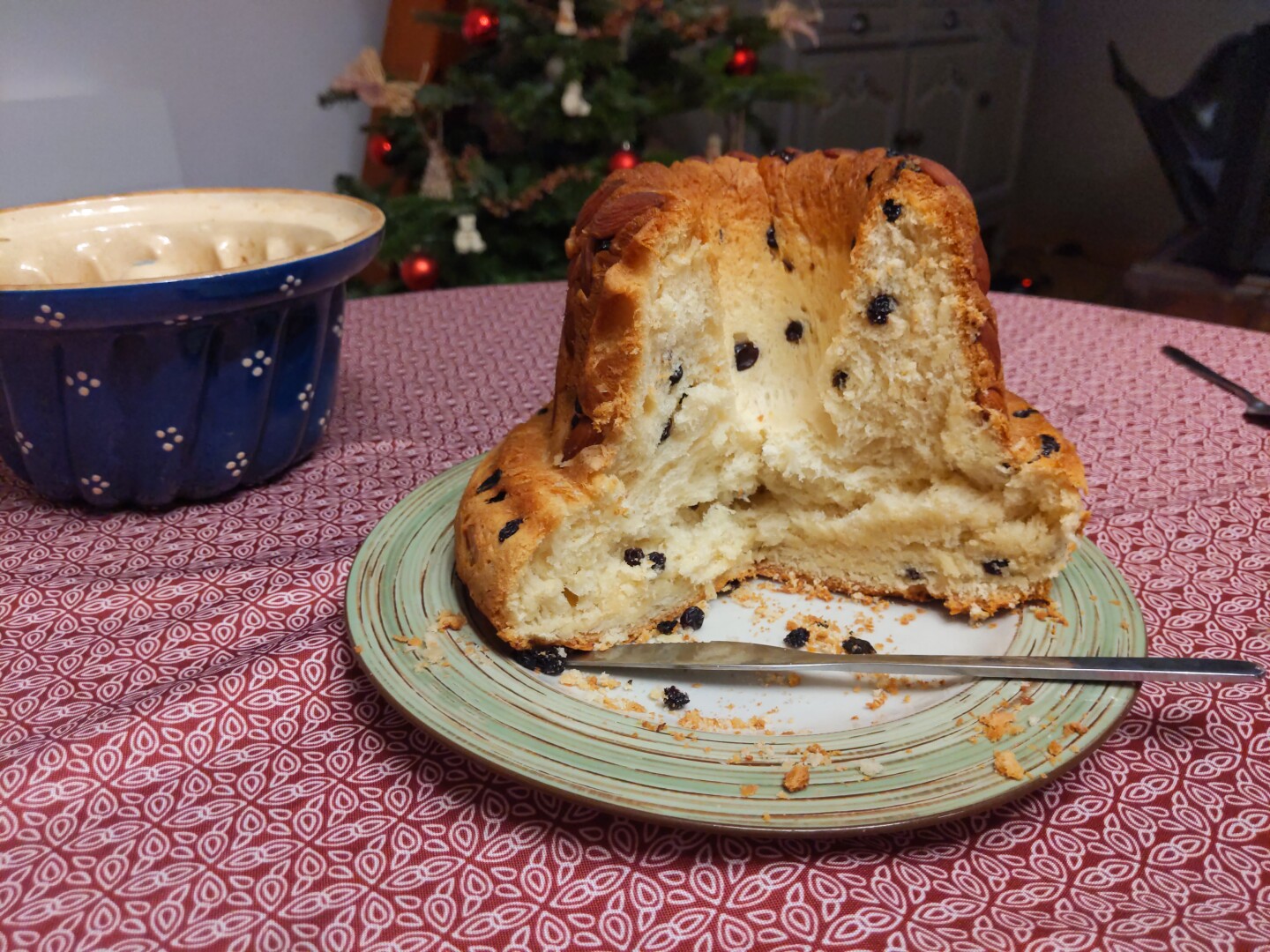 But let’s get back to FOSS. What’s been baking in the oven since last month?

Thanks to Thorben Günther’s endless stream of contributions, the hut CLI tool has gained numerous new features. The builds.sr.ht, git.sr.ht, meta.sr.ht, pages.sr.ht and paste.sr.ht related commands are now mostly done. We also found and fixed some upstream sr.ht bugs, and contributed various improvements to the GraphQL schema. If you’re interested in giving us a hand, there are still a lot of other commands which need to be implemented, the output formatting could be made nicer, and many other small tasks!

I’ve made some progress on the gyosu C API documentation generator. The symbol prototypes now have (light) syntax highlighting and are linkified (the types are clickable and will show the definition). gyosu can now run on all of the wlroots headers: 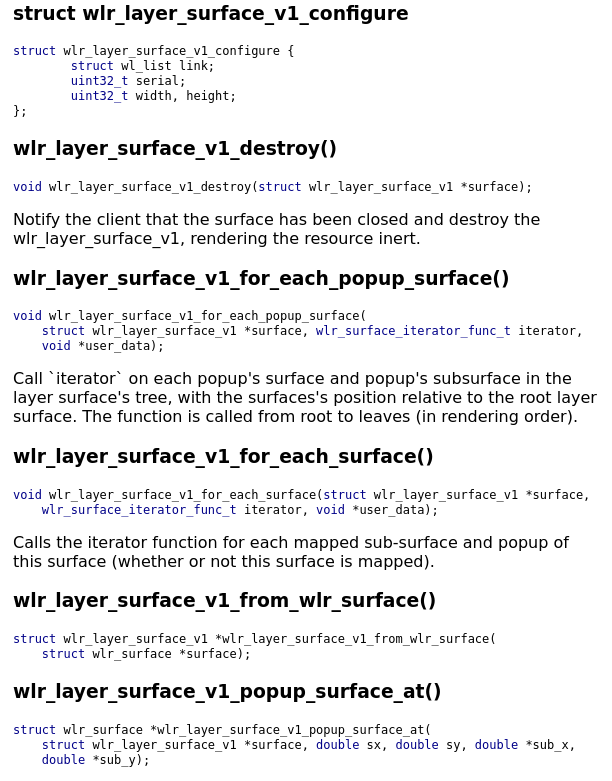 Speaking of wlroots, Isaac Freund has submitted a new Wayland protocol for improved session locking. I’ve implemented it in swaylock, and Isaac’s work has been merged into wayland-protocols today. This protocol is more secure than the previous solution, it won’t leak information on output hotplug and won’t unlock the session when the screen locker crashes.

The New Project of the Month™ is chathistorysync. It’s a small tool which connects to an IRC bouncer (e.g. soju), downloads and mirrors chat history to a local directory. This should allow chat.sr.ht users to archive and grep their logs!

That’s about it for this month! By the way, I’ll be giving a FOSDEM talk about the new Wayland dmabuf feedback protocol, since it’s about WSI stuff I fear all seats in the room will be taken so make sure to book your ticket!